Petersburg resident's remains to be rocketed into space 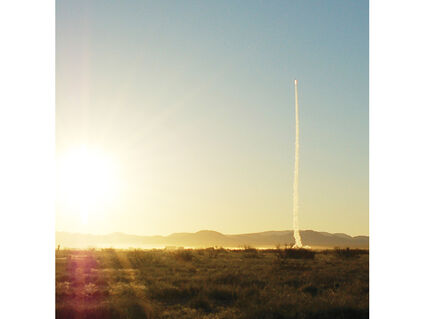 The Pioneer Flight of the Spaceloft XL rocket launches from Spaceport America, near Las Cruces, New Mexico on May 4, 2010. This is the same rocket set to carry a capsule of Pat Murray's remains into space this Wednesday.

"When I first met him, his bumper sticker was, 'Beam me up, Scotty! There's no intelligent life down here,'" laughs Ingrid Murray, remembering her husband Pat Murray.

Murray's obituary in the Pilot in February 2021 describes his growing up in Maryland, his service in the Army as a

helicopter pilot, and his passion for volunteering in the later years of his life after settling in Petersburg, but it doesn't reveal his passion for science fiction, fantasy, and outer space.

"He has watched every kind of Star Trek there was and was a big fantasy player for Dungeons and Dragons...all the science...