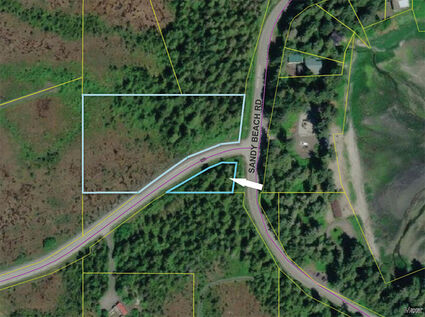 This map shows the approved location of the future bike park.

The construction of a new public use bike track is on the horizon following the passage of a resolution by the Petersburg Borough Assembly.

On Monday, the assembly voted 6-0, with Assembly Member Scott Newman excused, to approve the use of a small portion of a borough-owned parcel across the street from Sandy Beach for a

Parks and Recreation Director Stephanie Payne said Pat Blair of Wheelhouse Bikes and Sig Burrell of Rock-N-Road came to her with the idea of developing a bike park in town, which garnered unanimous support from the Parks and Recreation Advisory Boa...