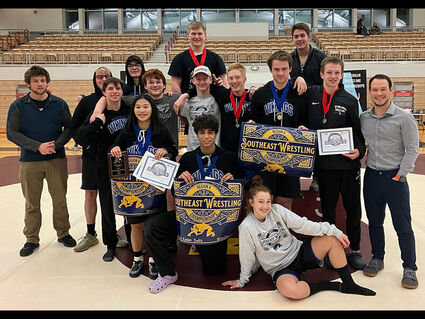 The Petersburg High School wrestling team took the regional championships by storm last weekend, proving that they still have one more fight left in them before the season is through.

After a rough round of matches on their first day in Ketchikan, the team turned it around on Saturday with nine Petersburg wrestlers placing in the top three of their brackets.

As a team, the Petersburg boys, who did not bring a wrestler in any weight class below 140, also took third overall in the region.

"That means our guys showed up and we just did phenomenally," said Head Coach James Valentine.