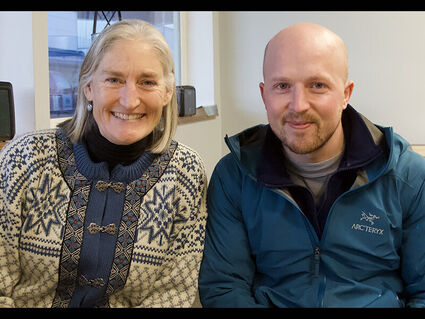 Rep. Elect Rebecca Himschoot and Rep. Jonathan Kreiss-Tomkins while visiting with community members in the Glacier Express Cafe on Monday.

Kreiss-Tomkins, who currently holds the Alaska state House seat representing Petersburg and Sitka, announced earlier this year that he would not run for re-election after having held a seat in the House for the last 10 years.

Himschoot, a nonpartisan, was elected to the seat for House District...