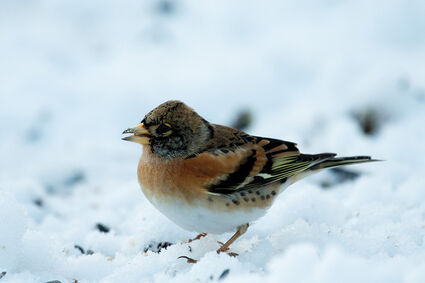 This brambling has been repeatedly spotted at Brad Hunter's bird feeder since Dec. 9 and was the first recorded in the local Christmas bird count since 1991.

The count is a nationwide event where citizen scientists spend the day searching for birds in their area and documenting their findings.

"It's one of the most valuable nationwide databases for monitoring changes and trends in bird populations," said Brad Hunter, who coordinates the local bird count.

The count on Mitkof Island has been going on since 1989 according to Hunter who said this year's numbers...