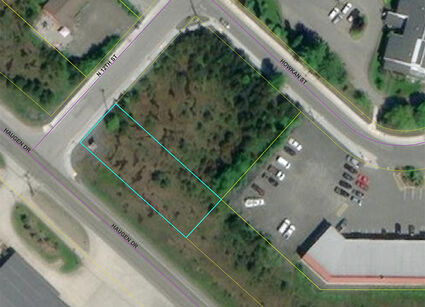 Lot courtesy of the Petersburg

The map shows the location of the lot that could be rezoned for commercial use. It is adjacent to an undeveloped lot already owned by the Petersburg Indian Association

The Petersburg Borough Assembly unanimously approved an ordinance in its first reading during Monday's meeting that would rezone a lot located at 10 N. 12th Street for commercial use.

The rezoning was requested by the Petersburg Indian Association, which filed an application to purchase the 0.31-acre lot from the borough in September 2022.

PIA has stated that it is only interested in the lot, which is currently zoned as an open space, if it is rezoned for commercial use so that it matches an adjacent undeveloped lot PIA already owns.

According to its application, PIA currently has no plans...