Rea terminated by recalled WMC Board 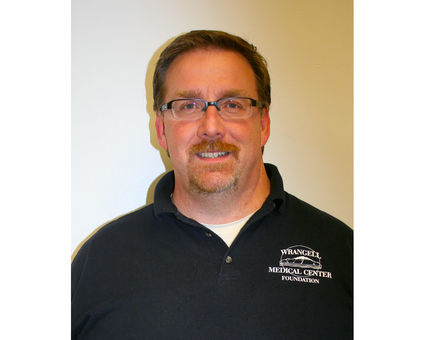 wrangell — In what was their final meeting as an elected quorum, the Wrangell Medical Center Board of Directors terminated the contract of WMC CEO Noel Rea on Wednesday, June 20. The dismissal came in a 6-1 vote, with board member Dorothy Hunt-Sweat voting against the termination, and members Jake Harris and Delores Norman not present.

Eight members of the board; Mark Robinson, Jake Harris, Linda Bjorge, Lurine McGee, Delores Norman, Jim Nelson, Sylvia Ettefagh and Leann Rinehart were recalled by a large margin during a June 19 special election, but may still sit in quorum until the election is certified by the Borough Assembly on June 25.

According to board president Mark Robinson, Rea was released without cause by the board.

Rea, who declined to comment on this story, has been at the helm of the hospital since 2007.

Robinson said the move was meant to bring closure to the litany of problems plaguing the hospital.

“We feel that the voters of Wrangell have asked for a change, period,” Robinson said in a brief statement after the vote.

According to Robinson, Olinda White, the hospital’s Chief Financial Officer, will assume Rea’s duties on an interim basis.

When asked for her reaction to the board’s decision, White answered directly, “It’s a surprise.”

During the meeting, and prior to the dismissal of Rea, White announced to the board that she would be retiring at the end of 2012 and will take her accumulated paid-time-off leave beginning on Sept. 13.

“I have volunteered to train anyone that comes in, and I will come in to help do financials if no one is in place to do it,” White added.

With Rea’s termination, the terms of his severance package go into effect immediately.

Those terms include paying Rea his total salary of $185,169.27 owed during the first 12 months of his five-year contract, less any amounts already received. However, because Rea was terminated in the first year of the contract, he will be paid his full salary for the next four-and-half years.

Although a number of supporters of the recall effort were in attendance at the meeting none spoke during the public comment portion of the agenda.

After the meeting, however, recall co-sponsor Gary Allen, Sr., said he believes the firing goes too far – and is suspicious of the timing of Rea’s dismissal.

“I am thoroughly pis---- off about this,” Allen said. “I believe they are being vindictive because they lost the election. Why haven’t they done this before? They lost and we need to see an investigation of the board because this looks like a setup between them and Rea.”

And when it came to the question of Rea’s severance package, Allen said he felt the citizens of Wrangell would suffer in the end.

“These payments will come out of hospitals funds, so it’s taking away from the care of patients and cost of hospital operations. And, if the hospital ends up not being able to afford it, the borough will have to pick up the tab,” he said.

Rea will also receive the annualized amount of any incentive compensation or bonus he earned through the date of termination, to the extent unpaid. He will also net $5,200 or, if greater, the amount WMC is paying, as of the date of the termination, to reimburse him for the purchase of life insurance and an automobile allowance.

The first of two payments of Rea’s severance package is due within 60 days, with the second payment set for 12 months later. The contract will also allow payment of 100 percent of premiums for coverage under WMC group health plan for a 5-year period.

Within ten business days of the date of termination, WMC will also pay Rea the $5,000 which the he may, but is not required to, apply towards outplacement and/or tax planning services.