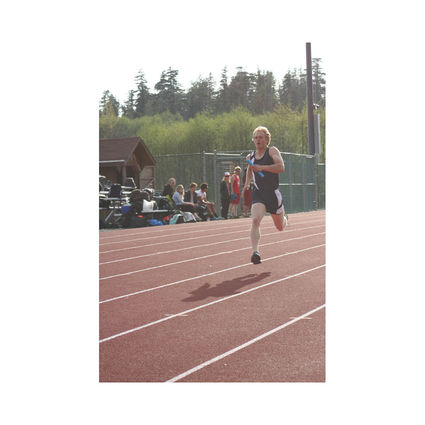 Evan Marsh ran the second leg of the boys 4x100 meter relay. The Petersburg boys finished a close second in this event and in the overall meet.

Petersburg High School track team athletes performed well in a meet last weekend and several are on the right track to qualify for state.

Petersburg athletes competed against Ketchikan and Thorn Bay in Ketchikan.

Andrew Mathisen ranked first place in the long and triple jump events and he also performed well in the 400-meter dash and 200-meter dash finals.