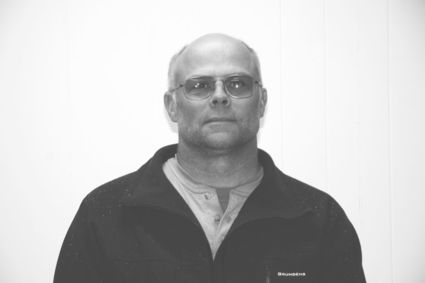 Petersburg Mayor Mark Jensen brought his fisheries knowledge to bear as a chosen member for new Governor Bill Walker and Lt. Governor Byron Mallott's transition team. The team met Nov. 21-23 at a three-day conference to identify key issues to be addressed by the new administration.

"I was very honored to get picked to participate," Jensen said in a phone interview.

He was one of 246 Alaskans comprising the transition team, which was sub-divided into 17 groups covering topics from education and public safety to natural resources, oil and gas, and consumer energy.

Jensen served in the fisheries group, working with 26 others to identify the key issues in that area. They discussed issues ranging from protecting the environment to communication between the board of fish members and stakeholders. A full report of the findings from each group is due out in the coming weeks.

In general Jensen said that the meeting was productive and the process itself was a topic of conversation.

"It was a very open process," he said, adding that members who had served on past transition teams felt the openness of this process, which included media and public participation, might yield more beneficial results for the new administration.

At his inauguration Monday, Governor Walker spoke of his transition team and commended the members who worked across party lines: "Our transition team got us off to a great start recently when 250 Alaskans came from all over the state to gather together to cross party lines, diverse backgrounds, diverse issues to discuss some of the most divisive issues in the state."

Walker and Mallot's campaign against incumbent Sean Parnell–deemed the "unity ticket"–represented a new form of working across party lines. Walker was affiliated as a Republican and Mallot as a Democrat before the two joined forces and ran as Independents in November's election. Walker alluded to continuing the work across party lines and other affiliations by bringing together a team of people knowledgeable on issues that may not have otherwise chosen to work together.

"It was one of the most inspirational things Byron and I could have done to send us off, to watch those groups work together, people that had never talked to each other. Some said 'I wouldn't have talked to that person, because of that person's belief,'" Walker said.