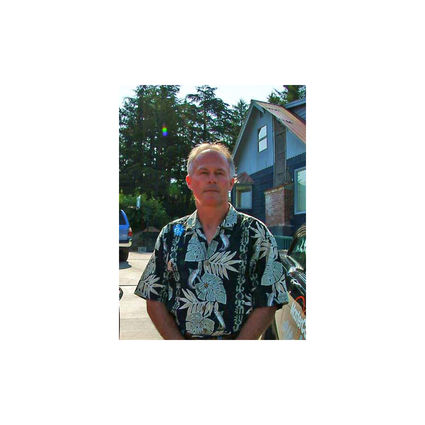 Longtime Petersburg resident Mark Weaver, 60, was sentenced to five years probation and given a $10,000 fine in US District Court in Juneau on Monday for detonating an unregistered destructive device at the rock quarry in July 2014. His sentencing also includes continued mandatory mental health counseling and a ban on traveling to Petersburg during his probation.

Weaver was indicted by a Grand Jury on two counts of possession of an unregistered destructive device last August after officials from the FBI and the Bureau of Alcohol, Tobacco, Firearms and Explosives found the commercial-grade explosive material Tovex on the scene and in Weaver's vehicle. Seven hand grenades were found during a subsequent search of his property, constituting the second charge.

Weaver pled guilty to one count in February as part of a plea agreement where the second count-related to the possession of grenades-was dropped. According to US Sentencing Guidelines (USSG), which take into account past criminal history and the seriousness of the offense, Weaver could have faced 22-33 months in jail and a $250,000 fine for the convicted offense, though there was no minimum mandatory sentence.

In a sentencing memo to the court, Weaver's attorney Phillip P. Weidner reminded the court that Weaver had already served nearly six months in prison following his arrest. He said that Weaver did not intend to harm anyone in the incident, characterizing it instead as an accident that occurred while Weaver "was in the process of attempting to determine how to put the device together."

Weidner also argued that Weaver's criminal history was overrepresented by USSG, which includes the previous 10 years of convicted offenses, because two offenses-misdemeanor assault charges-being considered occurred nine and a half years ago. A third offense was a crabbing violation.

Even if he were a first time offender, Weaver still could have face 24-30 months in jail. In determining sentencing, the judge took into account statements from Weidner and from the prosecutor, Assistant US Attorney Joseph Bottini, who described the case as "atypical" in his sentencing memo to the court.

"This is an atypical case stemming from an incident which by all accounts appears to be an unsuccessful suicide attempt by Mr. Weaver," Bottini wrote, adding that Weaver didn't appear to intend to cause harm to anyone besides himself.

He made no firm recommendation for jail time but did request that continued mental health treatment be compulsory as part of sentencing. He also suggested upholding the current restriction on traveling to Petersburg "for as long as the court can direct it" because of concerns he heard from Petersburg residents that Weaver may pose a threat to others.

Weaver's criminal history includes two prior assault convictions, including a domestic violence assault in September 2004. In his memo, Bottini wrote that "the government has no doubt that there are people in Petersburg who are afraid of Mr. Weaver and also has no doubt that those fears are substantiated by Weaver's past conduct. However...the court has to sentence Weaver for what he did in this case-not for past conduct."

In a letter to the court, Weaver said he did not plan to return to Petersburg and has instead been building a life and coffee farming business in Hawaii where he's been on supervised release since February. He's been receiving mental health treatment from a psychiatrist who wrote a letter to the court explaining that she felt he was "not a danger to others in society."

Weaver has additional skin graft procedures and an eardrum transplant scheduled to address injuries sustained during the blast last summer.