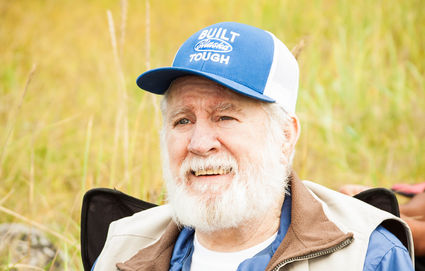 He was born October 30, 1936 in Aberdeen, Washington to Luther and Fern Davis, the eldest of seven children. Due to the premature death of his mother, as a young teen, Marlen quit school along with his brother Cecil to work and help raise all of their younger siblings.

He later lived in California and Oregon and eventually started a family. By the age of 35, Marlen had brought six children into the world. Marlen spent his lifetime working as a boom man and logger in Alaska and had the reputation as being one of the best boom men in all of SE Alaska.

In 1973, Marlen met the new cook at the Marble Island float camp in SE Alaska. After a few short days of knowing each other, Marietta told Marlen that she was going to marry him. Six weeks later they were married. Marlen and Marietta immediately started a family and lived in various logging camps around SE.

In 1994, Marlen retired from logging and they settled in Petersburg, which they would call their forever home. Marlen was known for telling stories, playing chess and sharing his generous heart with his grandchildren. Marlen and Marietta were married for 43 years.

Marlen will be united in heaven with his daughter Lori Spromberg and grandson Albert.

A celebration of life service is being planned for a later date when all of Marlen's children can come together in Petersburg.