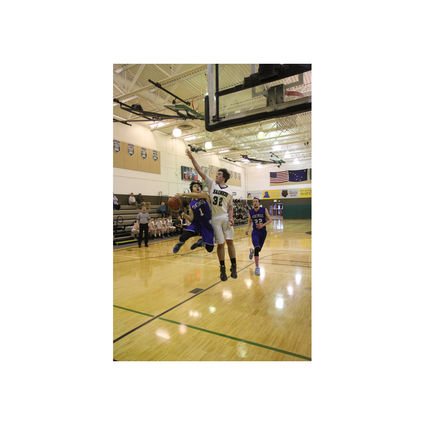 Dale Strong contorts to attempt a shot in the paint earlier this week when the Vikings traveled to Haines.

The PHS boys' basketball team opened up conference play in Haines this week with two victories. The team spent multiple days in Juneau due to bad weather so the games were rescheduled for Monday night and Tuesday afternoon.

"With the weather changing daily and the kids needing to continually make adjustments, I thought they handled it very well," head coach Rick Brock said. "Monday, we knew, would be a long day going in and we just tried to prepare for it."

Brock believed the postponed games had an impact on both teams to begin the series.

"There wasn't a really nice rhythm to the game,"...