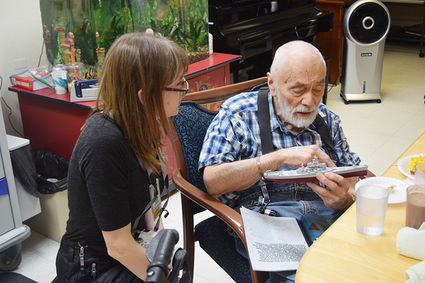 Ray Olsen, 91, sat at a Veterans Day assembly in Petersburg on Friday in a wheelchair, with his hands folded on his lap. In a blue parka and sporting a trim white beard, he watched as students praise his service, and he stood for the honorary moment of silence.

Olsen, who was a first class petty officer in the Navy from 1944 to 1945, watched middle schoolers read their definition of a veteran; he sat when high schoolers recited the Gettysburg Address; and he listened to the band play the "Armed Forces Medley," which he thinks is "always interesting to see."

Olsen and his wife, Gladys, liv...