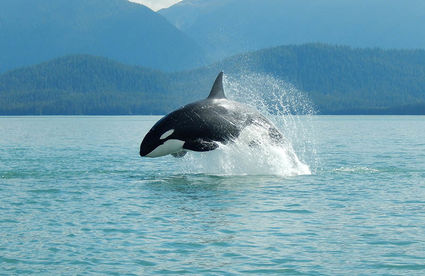 Killer whales, also known as Orcas, have a diverse diet, although individual populations often specialize in particular types of prey.

SEATTLE (AP) - Harbor seals, sea lions and some fish-eating killer whales have been rebounding along the Northeast Pacific Ocean in recent decades. But that boom has come with a trade-off: They're devouring more of the salmon prized by a unique but fragile population of endangered orcas.

Competition with other marine mammals for the same food may be a bigger problem than fishing, at least in recent years, for southern resident killer whales that spend time in Washington state's Puget Sound, a new study suggests.

Researchers used models to estimate that from 1975 to 2015, marine mammals al...