Trash baler may be operating by end of week 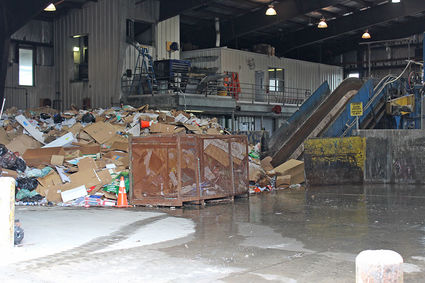 The baler at right sits idle while collected trash accumulates on the floor.

The Borough's trash baler has not been operational since late April of this year. Trash is being stored inside the baler building

and is being shipped out of town in open-top 53-foot long containers, without compaction, according to Public Works Director Chris

In answering a question from the Assembly, Cotta explained that the baler's conveyor belt had stopped working in April. After the conveyor system was repaired, within a week's time the processor unit in the machine's controller failed. The controller is over 20 years old and cannot be rebuilt, but the department had earlier...