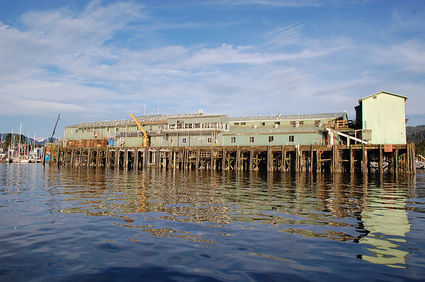 The Ocean Beauty Seafoods facility during the late evening hours on Monday.

Ocean Beauty Seafoods has announced that they'll be closing their facility in Petersburg to focus on their Excursion Inlet facility.

"They have been removing equipment out of the building for a few years, the can lines, the ice machine, so it's been coming." said Mayor Mark Jensen at the assembly meeting on Monday.

Ocean Beauty Seafoods made the decision to close the facility after reviewing their options, according to their release. Since the facility was primarily a cannery and had limited amount of fresh and frozen fish to process daily, their other facilities at Excursion Inlet, Cordova...