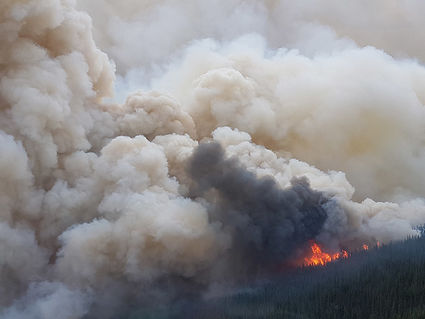 The South Stikine River fire just east of Telegraph Creek, B.C., has grown to around 60 square kilometres in size. The B.C. Wildfire Service said it was burning 'aggressively' earlier this month and jumped the Stikine River.

WRANGELL - The wildfire near Telegraph Creek, British Columbia is still burning. According to Amy Riebe with the British Columbia Wildfire Service, firefighters have contained about 11 percent of the blaze, but work is still ongoing.

Telegraph Creek is a small community along the Stikine River. In early August, according to Riebe, the fire was started by a lightning strike.

"It was first reported on August 1," she said. "There were quite a few fires reported at that time when lightning went through British Columbia."

The community of Telegraph Creek has been evacuated, and another town to...