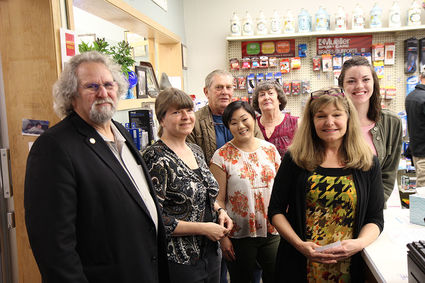 Petersburg Rexall Drug staff with Rep. David Guttenberg after he addressed the community about House Bill 240 on Monday.

After the weather prevented Gov. Bill Walker from landing in Petersburg, Rep. David Guttenberg in his stead spoke about the importance of House Bill 240 at Petersburg Rexall Drug on Monday.