Warmer temperatures could be cause of increased number of jellyfish 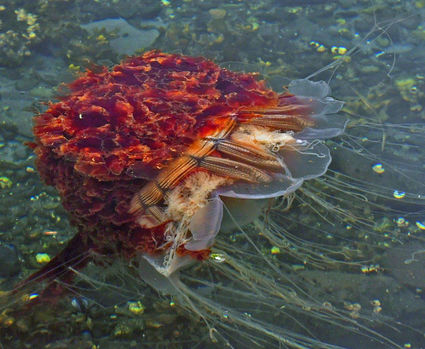 Over 200 jellyfish were spotted swimming past John Havrilek's dock over a one hour period one morning in August.

The large amount of jellyfish that have been seen in the waters this summer in Southeast Alaska could be caused by warmer temperatures, according to research scientist Mary Beth Decker.

Decker, who has worked with Alaska Fisheries Science Center in the Bering Sea, said the warmer temperatures could be causing the jellyfish to reproduce more rapidly or be increasing its prey. There typically is an increase in jellyfish in the summer months, but sometimes the number of jellyfish is greater than other seasons, said Decker.

"Both of those have been shown in the laboratory, on different species,...