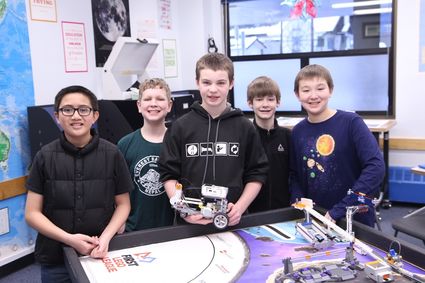 The sixth-grade students in the Mitkof Middle School's robotics club competed in an online tournament on Saturday against 10 other schools in Alaska and took first place.

In the Lego Into Orbit Tournament, the team completed missions with a robot they programmed themselves. The missions took place on a large table that was filmed and broadcast to the other schools. Made out of Legos and featuring a small computer, the robot rolled across the table and completed such tasks as turning a mechanism that measured the distance it turned and bringing a hammer down on a lever that shot an object u...