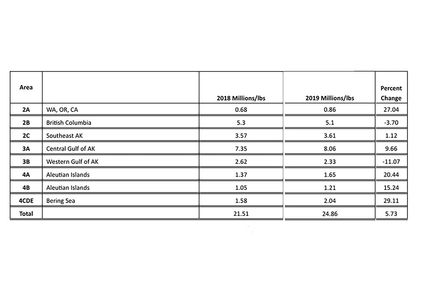 Contrary to all expectations, commercial catches of Pacific halibut were increased for 2019 in all but one Alaska region.

The reason was due to increased estimates of the overall halibut biomass based on expanded surveys last summer from Northern California to the Bering Sea, said Doug Bowen who operates Alaska Boats and Permits in Homer.

"There's a couple of strong year classes from 2011 and 2012 that are just starting to show up in the commercial catches and I th...