Community fills auditorium for screening of A HERD OF ORPHANS documentary 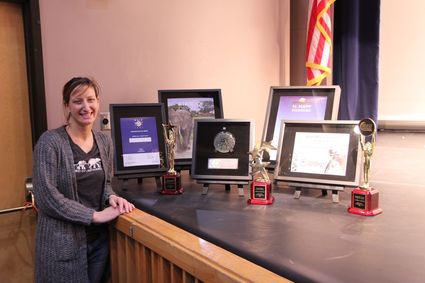 Kelly Bakos stands in front of her various awards for her film A HERD OF ORPHANS after a local screening on Thursday.

Petersburg residents filled about two-thirds of the Wright Auditorium on Thursday to view the screening of A HEARD OF ORPHANS, a documentary by local filmmaker Kelly Bakos about the lives of young elephants living in an orphanage.

After poachers in the ivory trade killed the adult elephants in their various herds, the film follows a group of elephant calves as they go about their day-to-day lives and learn skills that would otherwise be taught by their herds, before being reintroduced to the wild.

"It was interesting," said Cindi Lakoudakis, who was at the screening on Thursday. "It reall...