AML to expand service area due to reduced fish transports 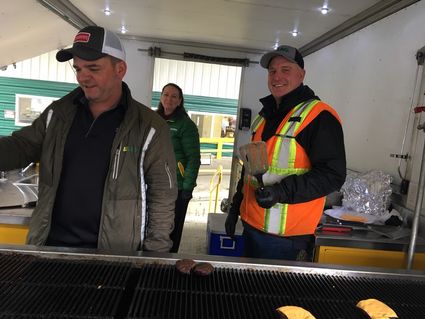 Alaska Marine Lines hosted a customer appreciation BBQ at their terminal facility in Petersburg last Thursday. Pictured at the grill are Ricky Morgan, SE operations manager, Cindy Sheehan, Seattle VP customer service and Petersburg manager Erik Lewis. Lewis reported as many as 130 guests showed up for the two-hour event. The company's restored truck and trailer that began Alcan service in 1954 was also on display.

In recent years, salmon runs in the region have been lower than average, and the shipping company has felt it.

Fortunately for AML, the company isn't solely dependent on Southeast. Over the years, the company has expanded its service across the state. This year, AML's serv...