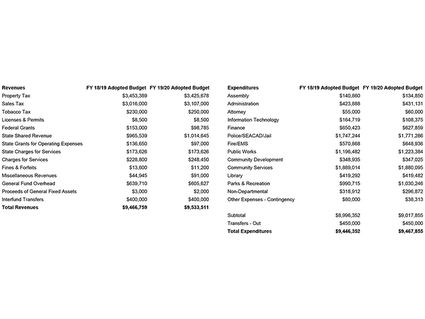 The borough assembly adopted the 2020 fiscal year operating budget in its third reading on Monday after making 11 amendments to it since the assembly received the proposed budget on April 1.