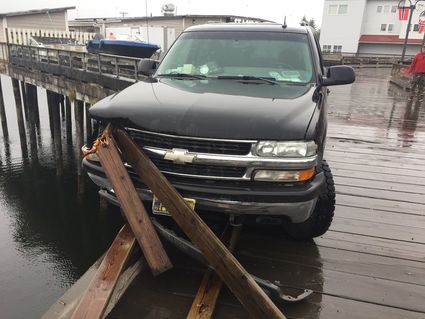 The driver of an SUV slammed into the handrail of the Sing Lee Alley bridge while turning just past Seaside Restaurant.

Around 2 A.M. on Sunday morning John P. Akers allegedly drove an SUV down Sing Lee Alley while under the influence of alcohol and crashed into the hand rail on the right side of the bridge near the former Seaside Restaurant, according to police.

Officer Eric Wolf was conducting a standard patrol of the area when he came across a black, 2001 Chevrolet Tahoe that was straddling the bull rail of the bridge with the front and back passenger side tires hanging over the side in mid-air, according to Sgt. Derek Thorsen. Wolf made contact with Akers, 34, who said he was driving the vehicle when it...