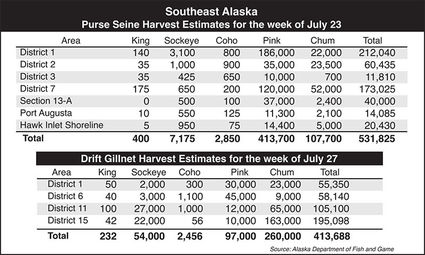 As Alaska lawmakers continue their struggle to keep the state afloat, commercial fisheries dodged a bullet that would have removed millions of dollars from its budget.

An obscure procedural action within the capital budget called a 'reverse sweep' prevents dozens of program-specific pots of money from being automatically drained into the budget reserve, as Governor Dunleavy aimed to do.

"The sweep is money that is not spent in a single year. In this case, it comes from certain sources, such as test fish receipts, commercial crew licenses and sale of Commercial Fisheries Entry Commission p...