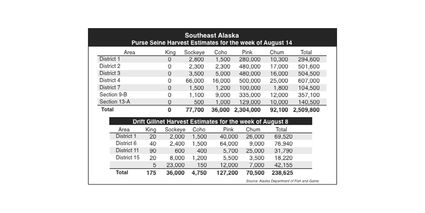 The Alaska Chamber of Commerce touts itself as "the voice of Alaska business" but seafood industry and coastal community members are largely left out of the conversation. The Chamber isn't entirely at fault; it appears that most of those members are not speaking up.

In February the Chamber was one of the first to "applaud Governor Dunleavy for proposing a spending plan that matches current revenues."

In April the Chamber testified in support of the Pebble Mine draft environmental impact statement "in the name of due process." (The Pebble Partnership is a Chamber me...