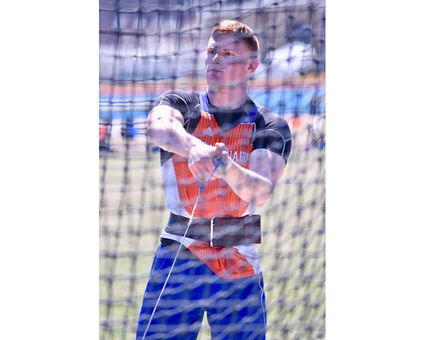 Ben Zarlengo winds up for a hammer throw at a meet late last season.

Ben Zarlengo set a new school record in the discus and hammer, throwing 49.7 meters and 56.4 meters respectively. Zarlengo said the two previous school records were about 50-years-old. Both records were broken in April when Zarlengo was competing at an invitational at Connecticut College. In February, Zarlengo broke a weight throw record with his distance of 18.71 meters.

"[I'm] still breaking records," said Zarlengo with a laugh. "I got one more year, so hopefully ne...