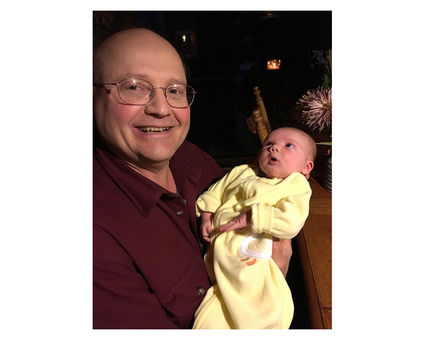 On November 9, 1949 Jim was born in Minneapolis, Minnesota to Richard and Elaine Schramek. He was raised in Richfield, Minnesota. Attended Richfield High School and played Football and Baseball. In summers, he worked on the Arndt family farm in Owatonna, Minnesota. Jim followed the Schramek family's passion for camping, hunting and fishing. Deer, ducks, geese, squirrels, if you could eat it he would shoot it. He loved fly fishing and tying his own flies as well as ice fishing.

Jim graduated from the University of Minnesota with a degree in forestry and a masters in hydrology. While at the university he was in the Army ROTC. He became a 2nd Lieutenant and was honorably discharged into the Reserves in 1973. He then worked for the state of Minnesota Forestry. In 1976, Jim started his lifelong dream of living in Alaska to work as a hydrologist in Petersburg, Alaska with the Forest Service on the Tongass National Forest. In his spare time, he quickly learned how to catch salmon, halibut, crab, shrimp and clams and with all the deer, moose, ducks and geese to hunt, he was where he forever wanted to be.

As a Forest Service hydrologist, in the late 1970s and early 1980s, he led field crews mapping streams and studying water quality throughout the islands and mainland of central southeast Alaska. Jim then became a Geographic Information System (GIS) Analyst. He was well-known and respected by the GIS community in Alaska and nationwide for his perspective and depth of knowledge. He worked on the Tongass from the earliest days of GIS, digitizing basic resource layers and building a suite of sophisticated yet user-friendly tools for environmental analysis. In Alaska he was one of the primary architects of a collaborative hydrography database that won ESRI's Special Achievement Award for GIS in 2011 and went on to statewide adoption. Many of the ideas, techniques and spatial models he worked on continue to be in use today.

In Petersburg, he met and married Karen Hayzlett in 1978 at the Lutheran Church. Jim's children, Lisa and Alec, were his life, teaching them what he loved. He supported them in their swimming by being on the board and working at swim meets. He loved baseball and enjoyed being a little league baseball coach. He also supported the community by being president of the Lutheran Church and as a hydrologist resource for the Crystal Lake Hydro project.

Once he retired from the Forest Service he had two new passions: playing with his grandson, Erik and being a commercial fisherman, power trolling, with his son Alec. His last days were doing what he loved, being on the water fishing with his son.

Jim was predeceased by his mom, dad and brother Tom.

He is survived by his wife Karen; son Alec; daughter Lisa (Joshua Adams); grandson Erik; and cousins in Minnesota.

A memorial will be held September 14 at 1pm at the Lutheran Church Holy Cross House in Petersburg.