Salmon fishery on track to be 8th largest since 1975 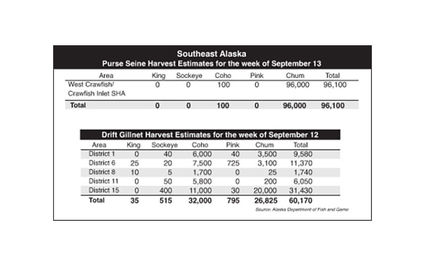 "Unpredictable" is the way salmon managers describe Alaska's 2019 salmon season, with "very, very interesting" as an aside.

The salmon fishery is near its end, and a statewide catch of nearly 200 million salmon is only six percent off what Alaska Dept. of Fish and Game number crunchers predicted, and it is on track to be the 8th largest since 1975.

The brightest spot of the season was the strong returns of sockeye salmon which produced a catch of over 55 million fish, the largest since 1995 and the fifth consecutive year of harvests topping 50 million reds. The bulk of the sockeye catch –...