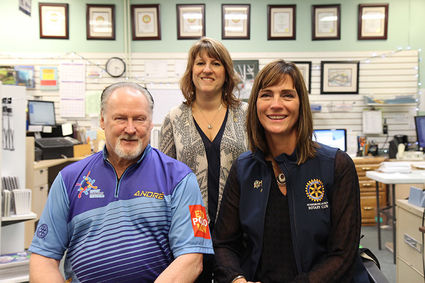 Rotary District Governor André Layral was in town this week meeting with the Petersburg Rotary Club to discuss how he can support their ongoing projects and members.

Layral has been district governor since July 1 and will serve for one year. For the two and a half years before he became district governor, Layral was undergoing training to better understand the volunteer position. Layral said most of his work is done behind the scenes, doing administrative work to keep the district operating, but he also provides support for the 38 clubs in district 5010. While visiting town, he saw the pl...