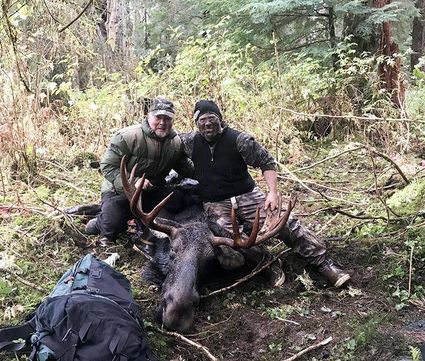 Mike Schwartz, left, poses with his son Rob and the moose he shot in Duncan Canal just two days before the end of this year's moose season.

This year's moose season finished with a final count of 127 animals, which is a new Unit Three record, according to Petersburg Fish & Game.