Shrimps strike a pose for the Shrimp Whisperer 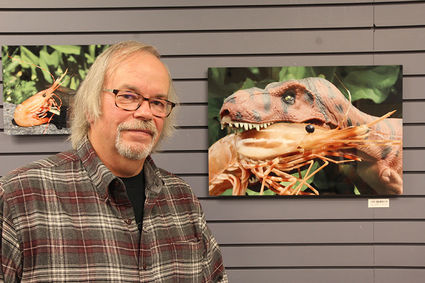 Al Laudert stands next to his photo, "Monster Shrimp," at a reception on Friday at FireLight Gallery & Framing.

Over the course of about 17 years, the Shrimp Whisperer has photographed thousands of shrimp in a variety of scenes and poses. One of his most popular photos is called, "Shrimpzilla." In front of open ocean, a Godzilla action-figure holds a shrimp in its hands and appears to be seconds...