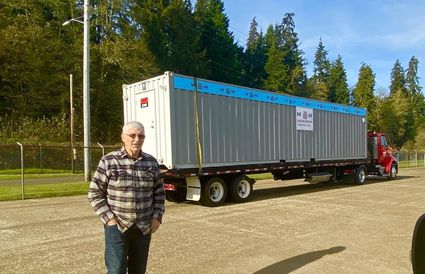 WRANGELL - Some Wrangell residents may remember Tod Jones. He was a Wrangell resident for about 20 years, from the '70s to the '90s. He first moved to the area to help start a fish hatchery in the Burnett Inlet with the Alaska Aquaculture Company. Wrangell resident Brian Ashton was his former operations manager, Jones mentioned. When the hatchery closed down around 1995, Jones moved away.

After leaving Wrangell, Jones said he spent four years in Israel, then came back to the United States and settled down in Oregon. He and a business partner, Roger Warren, then started a company called Redd...