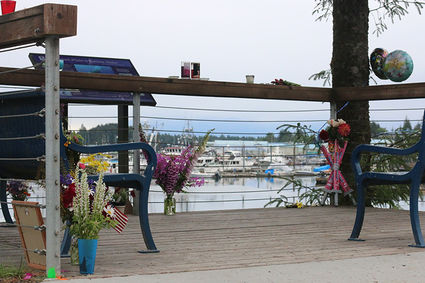 Flowers, candles and personal cards have been left near the accident scene for the victims killed in the early morning July 4,2016 crash by South Harbor.

Both the Petersburg Borough and former Parks and Recreation Department employee Chris Allen have been dropped as defendants in a wrongful death lawsuit brought by the Estate of Molly Parks, one of two women killed in a July 4, 2016 crash on South Nordic Drive.

Allen was the driver of the parks and recreation van, which crashed after Allen suffered a seizure while driving with three other persons in the vehicle.