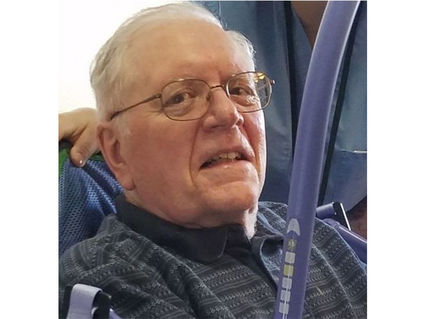 Kenneth Edward Hagerman, 77, passed away with his children by his side on November 7, 2019, after a long and difficult battle with dementia and Parkinson's.

Ken was born to Edward and Lillian Hagerman on June 17, 1942 in Petersburg, Alaska. In his childhood years, he enjoyed spending time hunting, fishing and scouting with his family. In high school he was on the varsity basketball team, played alto saxophone in the school band and graduated from Petersburg High in 1960. After high school he achieved an airframe mechanics certificate and returned to Petersburg.

On December 29, 1962 he married the love of his life, Beth Tate, and they started their journey together in a little house on Wrangell Avenue. There, they welcomed their children, Jill Noel in 1965 followed by Karl Lee in 1967. Ken worked at many places throughout his life in Petersburg. He was partners with Norman Fredricksen at Petersburg Motors, worked for the City of Petersburg Public Works department and retired as State of Alaska DOT Airport Manager in Petersburg. After his "first retirement" he continued working and was employed for another 10+ years with Alaska Airlines before his final retirement.

Ken was always the outdoorsman. Growing up, he enjoyed numerous successful deer hunts with his father and younger brother Wayne. He carried that family tradition forward by taking his own family fishing and hunting in the too small 13ft Boston Whaler in the waters around Petersburg. Duck hunting with his kids and his faithful black lab Shadow in the fall and spring hooter hunting, were always on the schedule. Winter brought skiing, snowmobile rides and ice skating at Blind Slough. After Jill married and settled in North Pole, interior moose hunting was anticipated every year. He loved every minute of it as long as he was with family and friends.

Ken and Beth loved to chase sunshine in their later years. Travels to Hawaii, Mexico and even the Panama Canal were cherished. They eventually bought a winter home in California near Laurel and Dick Greseth and enjoyed many winters playing golf with the company of other local "snow birds" always returning to Petersburg in the spring.

Ken was a member of the local Elk's Lodge, a volunteer fireman and he served on the Petersburg City Council and School Board at different times in his life.

A Celebration of Life will be held on Mon. Dec. 16 at 11:00 AM at the Lutheran Church followed by a light lunch at the Holy Cross House.

In lieu of flowers, and in recognition of the excellent care he received at Long Term Care, please remember Ken with donations to the Petersburg Medical Center Foundation (PCMF) with the designation of funds for a new hospital/building upgrades noted in the check memo.