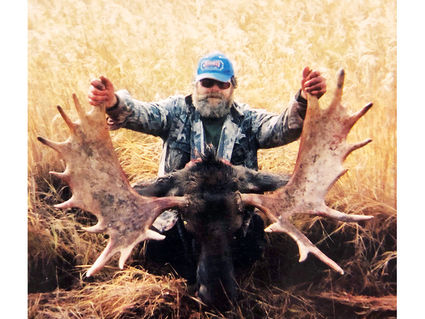 Andy was born in Shelton, Washington on October 21, 1948 with his twin brother Donald to parents Stan and Annabelle Armstrong.

Shelton was his home and workplace (Simpson Timber Co.) until 1979 when he took a job as an equipment operator for Mud Bay Logging in Rowan Bay, Alaska. While working out of Petersburg, Alaska, he met his wife Barbi at the annual Little Norway Festival in Petersburg in 1981 and they married in 1985.

He also worked in Hobart Bay, Afognak, Lancaster Cove, Thorne Bay and settled in the Craig area where he retired from B-3 Construction Company.

Andy, an avid outdoorsman loved his years of hand trolling, working on the herring pounds, deer hunting and commercial halibut fishing. Each year he looked forward to his moose hunting trip out of Manley Hot Springs with his hunting partners. Andy loved visiting with his friends and family while sharing his hunting and fishing stories.

He was preceded in death by his twin brother Donald Armstrong; father; mother; and sister Trisha Armstrong.

A Celebration of life and luncheon will be held on Jan. 4, 2020 at the Craig CTA Hall at noon.