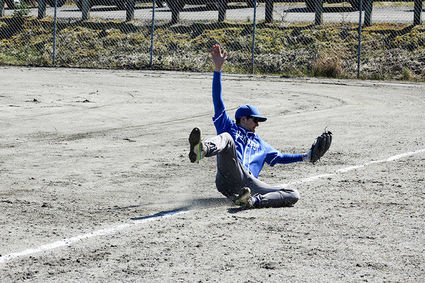 Max Marohl dives for a ball near the foul line behind first base and catches it at a home game in May. Jim Engell, head coach of the Petersburg High School baseball team, said it was "one of the most spectacular catches I've seen on the field, ever."

Following the shutdown of the U.S. government on Dec. 22, 2018, the U.S. Coast Guard stated it would continue offering essential services.

The USCG located debris from an overdue medivac aircraft that had three people onboard that was due to land in Kake several nights before.

A decrease in air cargo coming into Petersburg affected the timely arrival of residents' packages after the retirement of Alaska Airlines' combi 737-400 aircraft at the end of 2016.