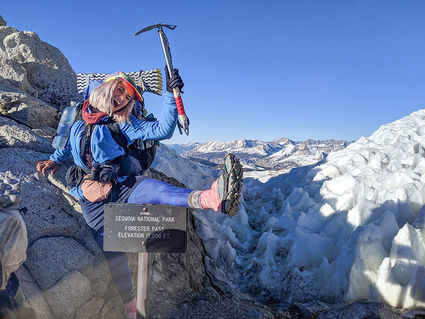 Hillary Hunter poses cheerfully on top of Forester Pass in the Sierra Nevada Mountain Range, the highest point on the trail.

It wasn't her bad knees, a fear of heights, a limp or hundreds of miles of hiking that prevented Hillary Hunter from completing the last 295.5 miles of the Pacific Crest Trail. It was the earliest snowfall in Washington in over 100 years that forced her off the trail.

On April 17, 2019, Hunter first started her expedition on the 2,226 trail that begins at the border of California and Mexico and runs north just over the Canadian border. While teaching English in Madagascar with the Peace Corps several years ago, Hunter was scrolling through pictures of the PCT on social media and felt the u...