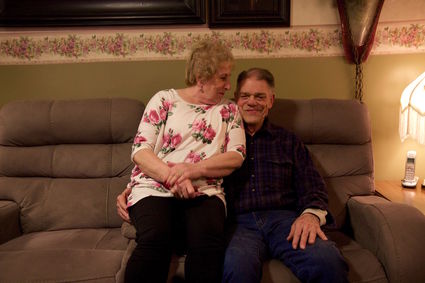 Diane Marsh sat on the armrest of their couch to get closer her husband, Otis Marsh.

Eight children, 29 grandchildren, five great-grandchildren and 57 years later, Otis and Diane Marsh are still very much in love. While Otis credits luck for their long and happy marriage, Diane said it's love and determination that has kept them together for so long.

"You keep on keeping on, and do what you can," said Diane.

A 19-year-old Otis first met Diane at a house party in Cass Lake, Minnesota in 1960. Diane was about 16 years old at the time and was dating somebody else. When they broke up, Otis was quick to ask Diane out on a date to a drive-in movie. She agreed because she thought...