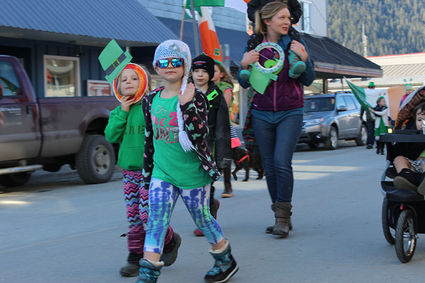 Police Chief Jim Kerr suggested at Tuesday's borough assembly meeting that the assembly discuss and adopt an ordinance that would put rules in place for parades or events that take place in roadways and impact the flow of traffic.

On Sunday, several organizations in town hosted an Elizabeth Peratrovich Day celebration that began with a parade downtown. Kerr said that he spoke to a Petersburg Indian Association tribal leader and was supposed to be informed if the parade grew in size, so that roads could be shut down to ensure that both pedestrians and motorists were safe. Kerr said the parad...