Overcomes curse of fires and floods 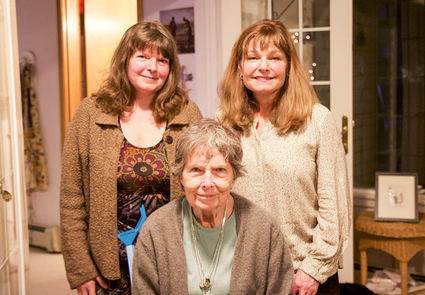 Erica Worhatch, left, and Cathrine Kowalski, right, now operate the pharmacy their father bought in 1969. Their mother, Maxine Worhatch, center, also worked at the pharmacy in the early years.

August of 1969 was an eventful time for the Worhatch Family. Max Worhatch III sold his house in Ohio, bought his family a house on N. Nordic Dr. and purchased Petersburg Rexall Drug. Fifty years later, the pharmacy is now run by two of his daughters, Cathrine Kowalski and Erica Worhatch.

One year prior to that "epic" August, the Worhatch family vacationed in Alaska over the summer, and Max immediately fell in love with the state. His wife, Maxine, said it all began when he caught a big salmon in Ketchikan. She remembers that after the family moved to Petersburg, Max would wake up at 3 A.M....