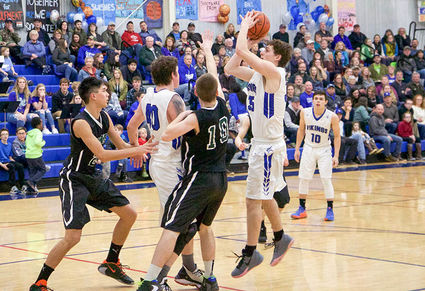 With their last two games of the regular season behind them, the Petersburg High School boys basketball team will have the number one seeding spot in the regional tournament in Juneau that will be held on March 10 through 14.

Head Coach Richard Brock said the team just had to win one game in their two home games against Haines over the weekend in order to take the number one spot at Regionals. The team did win one game, but they lost their second game.

The Vikings fell behind early in Thursday's game. About halfway through the first quarter, Brock had to call a timeout because Petersburg wa...