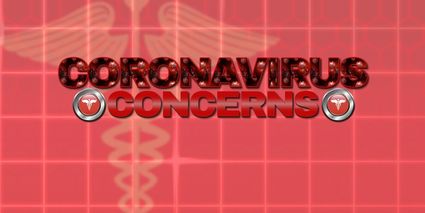 The borough assembly unanimously passed an emergency ordinance at a special meeting on Friday, March 20, that would allow the assembly and certain staff members of the borough to put civil emergency provisions in place in the event of a civil emergency.

Ordinance #2020-08 authorizes Borough Manager Steve Giesbrecht, Incident Commander Karl Hagerman and the Petersburg Borough Assembly to issue any or all orders laid out in the ordinance deemed necessary to preserve public health, safety and order of the borough. Unlike other ordinances, the emergency ordinance only requires one reading to be passed and will only last 60 days.

Among the emergency provisions is the ability to close bars, breweries, restaurants, private clubs, and other establishments that serve food, all entertainment facilities and any and all other business establishments. The emergency ordinance also allows those appointed to call up regular and auxiliary law enforcement agencies and organizations within or without the borough to assist in preserving and keeping the peace within the borough. Any nonessential meetings of any boards or commissions of the borough can also be cancelled. Borough Clerk Debbie Thompson clarified that the Petersburg Medical Center Board of Directors is an essential board.

The civil emergency provision that got the most comment from the public was the ability to impose a curfew within the borough. Ruth Johnson submitted a letter to the borough assembly stating everyone knows the risks of leaving their home and those who are afraid of contracting or transmitting an illness should stay indoors.

"I reject the assembly's presumed authority to infringe on my first amendment right as well as my freedom to travel," wrote Johnson in her letter.

The assembly was in agreement with the public's concern over the emergency provisions in the ordinance, but they realized the need of such an ordinance during the COVID-19 pandemic.

"It's my sincere hope we won't need to implement anything outlined in this ordinance," said Vice Mayor Jeigh Stanton Gregor.

Dan Sloan told the borough assembly that he was concerned about the borough being able to make such important and impactful decisions without first taking public input. Assembly Member Bob Lynn agreed with Sloan's concerns, but like other assembly members, acknowledged the current crisis.

"Say for example five people get together in a room and say, 'this is what we're doing and screw everybody,'" said Sloan. "I just wish there would be some input taken."

Assembly Member Taylor Norheim requested an amendment be made to the ordinance to clarify language. One of the emergency provisions calls for the prohibition of gatherings of persons in excess of a specific number. The ordinance was unanimously amended to change language to specify physical gatherings.

The emergency ordinance passed as amended in a 7-0 vote.

Click here to read the emergency ordinance in full.