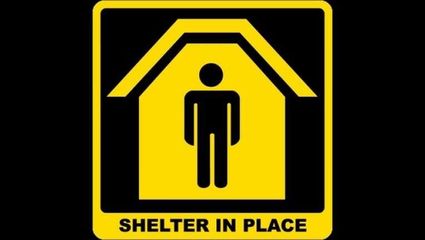 The Petersburg Borough Assembly approved public health alert #01 at a special meeting on Sunday, March 22, which strongly urges the public to "shelter in place" to prepare for and mitigate the severity of a possible COVID-19 outbreak.

"While I applaud the community for what people are doing on a voluntary basis, the seriousness of the situation calls for mandated action," wrote Marlene Cushing, of the Petersburg Medical Center Board of Directors, in a letter to the assembly. "We need to preserve our health care capacity and protect the vulnerable."

Several members of the assembly were in favor of mandating the public to shelter in place, but according to Incident Commander Karl Hagerman, the assembly didn't have the proper documents to upgrade Sunday's health alert to a health order. After the meeting, Hagerman said Mayor Mark Jensen requested that he began drafting a public health order to mandate the community to shelter in place.

Other assembly members were in support of the public health alert, but didn't think it was time to make such a mandate just yet.

"We have a very qualified incident commander group in place and operating," wrote Lynn, who was not present at the meeting, in a letter to the assembly. "We need to allow them to do their job and to provide their collective best advice."

While support for the health alert from the public and borough assembly was overwhelming, one resident submitted a letter expressing concern over urging the public to shelter in place.

Don Sperl wrote that the public has already been practicing proper etiquette while in public to prevent the spread of COVID-19. He also noted that the borough passed an emergency ordinance on Friday that would allow the borough assembly, Hagerman and Borough Manager Steve Giesbrecht to put civil provisions in place in case of an emergency. Sperl wrote that since Friday, there has not been any confirmed COVID-19 cases locally, and Petersburg status has not changed.

"I would encourage being very careful how and when you implement these extreme measures," wrote Sperl. "Very quickly neighbors turn against neighbors and panic and fear increases as jobs disappear and folks are 'forced' to stay in one place."

Assembly Member Taylor Norheim, after receiving feedback from several community members, attempted to amend language in the public health alert, but the motion failed to receive a second. He wanted to amend the document to change "shelter in place" to "hunker down" because some residents thought the current wording was "scary."

Assembly Member Chelsea Tremblay said the borough was using official emergency management protocol terminology, and it was best to keep that in place.

Public health alert #01, which urges the public to shelter in place, passed unanimously on Sunday in a 6-0 vote.

"In truth, that is the way we will survive this is to shelter in place as much as possible to prevent transmission and spread," said Hagerman. "It will come to Petersburg, so the means and the process of sheltering in place is the best way to go."

Read the public health alert in full below.