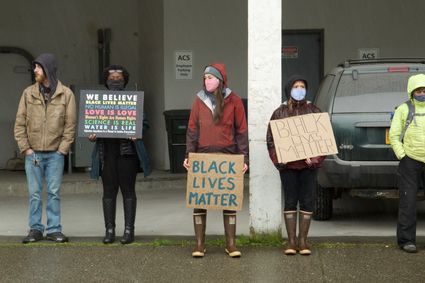 Some of those present at the vigil held up signs in support of the Black Lives Matter movement.

About 160 residents showed up for a vigil on Sunday outside of the Petersburg Courthouse for George Floyd and Breonna Taylor, who allegedly died during encounters with police, to show their solidarity with protests and movements across the country. Both Floyd and Taylor are African-American.

Chelsea Tremblay, one of the organizers of the vigil, said she wanted to create a safe space for people to come and reflect on their thoughts. During the vigil, those in attendance stood in a circle around the courthouse in silence for eight minutes and 48 seconds, the amount of time a white Minneapolis...