Fatherhood: Something so good 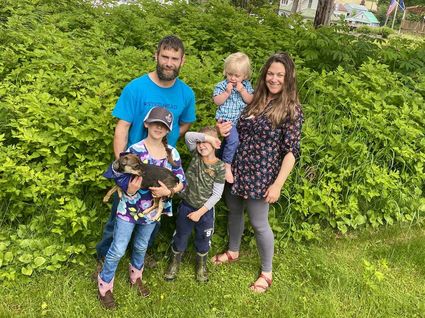 The Hammer family lines up for a family photo. From left to right: Jake, Isabelle with their dog S'mores in her arms, Nick, Jon and Kasey.

Jake Hammer wanted to wait until he was a little older and better prepared to have kids. He first left Petersburg to join the United States Marine Corps, and then spent some time in California with his wife, Kasey Hammer, camping, surfing and enjoying the state. It wasn't until he was 32 and had bought a house in Bellingham that he had his first child, Isabelle.

"You couldn't imagine something so good happening to you," said Jake.

During the pregnancy, Jake had already begun his fishing career. The new life that he was about to start slowly began to sink in as he received updates from Kas...