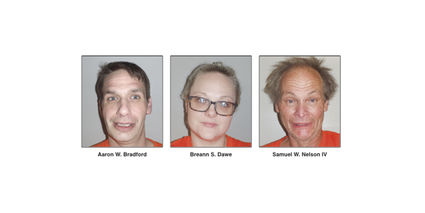 Three local residents were arrested when a GPS placed in a package with controlled substances led authorities to them on July 1.

On June 30, the Petersburg Police Department and members from the Southeast Alaska Communities Against...