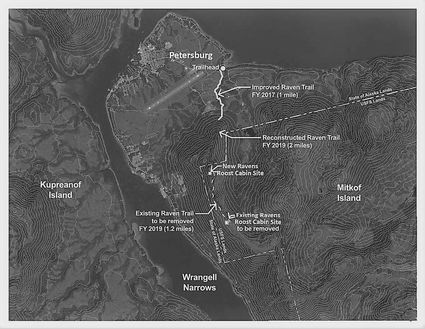 Upgrades to the Raven Trail are about 80 percent done, with construction expected to be completed by the end of the summer, said Petersburg District Ranger Ted Sandhofer.

Reconstruction of the trail first began last summer. The second and third mile of the current Raven trail will be reconstructed to address steep, muddy and slippery locations on the trail, according to a decision memo released by the USFS. Sandhofer said the remaining work consists of replacing wooden steps with aluminum steps and adding boardwalk to a portion of the trail.