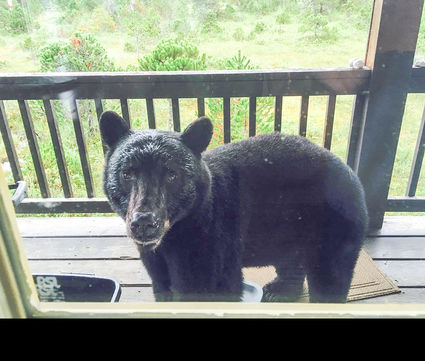 A young bear visited Cheryl O'Neil last week in its search for food. O'Neil said the bear went to her back porch, ignored the trash can and smoker, and went straight to the dog food.

The Petersburg Police Department received over 30 calls in the past week from residents reporting bears in garbage cans or on their property.

Petersburg Area Biologist Frank Robbins, with the Alaska Department of Fish and Games, said the bears could be venturing into town in search of food due to a scarcity of salmon and a poor berry crop.

"In the absence of natural foods, the bears are foraging in the neighborhoods on garbage, chickens and other human sources of food," Robbins said.

Every fall, bears wander into town in search of food as a biological process known as hyperphagia kicks i...